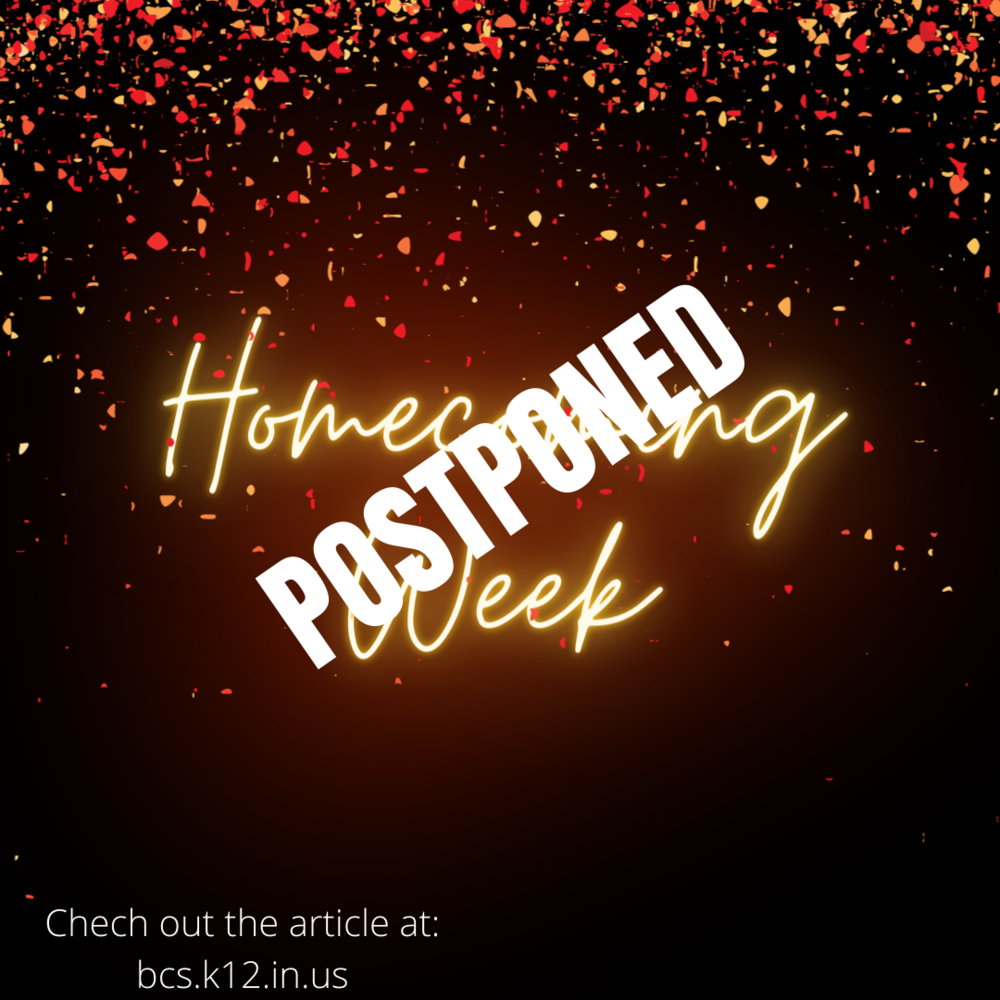 Homecoming, what every High schooler looks forward to. The dance, the music, and just the fun time of hanging out with friends having a good time. Sadly, this year at Blackford Junior-Senior High School there was not a homecoming dance because of COVID-19.

In replacement of the dance the school held a “Homecoming Hangout,” the hangout time was Fri. 6:30-9:30. There was an entree fee of $2, you can also purchase pizza and beverages. (Unfortunately, this event was canceled.)

Blackford also had their dress-up days like they usually do, but because of the weather, we didn't get to participate in it because school got canceled all week. The dress-up days were: Tuesday was favorite character day, Wednesday-Red out day, Thursday-Neon day, and Friday-Bruin pride day.

Usually, here at Blackford, we do “class days” on homecoming week. Class days are where every grade dresses up. For example, freshmen will dress up as babies, and seniors will dress up as grandmas or grandpas. Unfortunately, this year there wasn't a class day because, “there was ISTEP testing, and there were a lot of cancellations this week for school,” quoted Emily Huffman.

I asked Emily more questions because she is a member of the student council, which is in charge  of homecoming. I asked Emily why they didn’t do a game night this year because they usually do. She said they weren't allowed to host it because of COVID, which has had a lot of negative effects this year with school and after-school events. I then proceeded to ask her, “Why did you choose these dress-up days?” She responded with, “We figured with testing and if we would have gone to school they would have been easy days, and more people would have participated in it.”

I interviewed a couple of students, one being Mathew Bailey. I asked them 3 questions starting with, “What do you like most about homecoming week?” Mathew responded with, “I would say the thing I like most about homecoming week is that it brings out a lot of creativity, I think it's really cool to see everyone else dress up in their creative outfits. It's just fun for everyone to come together and have fun dress days for a week.”

The last question I asked was, “If you could change one thing about homecoming week this year, would you? Why? Mathew replied with, “I would change two things, the first one is since COVIDhas been a thing we don't get to have our dance, so that bums me out. The second thing I would change is the dress-up days, I feel like we do the same stuff and I wish we could just go back to the old days. Like where we had the gender switch days and toga and trash bag days, because of that no one really dresses up, so I would try to find some ways to get other people to participate.”

The next teacher I interviewed was Mr.Allen. “The snow ruined it all this year” Quoted Mr.Allen. I then asked him, “what do you like about homecoming week?” He said, “I didn't even know homecoming week was happening this year because of COVID and everything.” Technically homecoming week didn't happen because of all the cancellations, due to weather. Mr.Allen said, “the snow ruined everything last week for homecoming.” The last question I asked was, “if you could change anything about homecoming week this year, would you? Why?” He said, “I would want the dress up days to not be ruined by the weather. Also, I wish we could have had a pep session.” Due to covid, we couldn't have a pep session this year.

The last teacher I interviewed was Mrs.Hundley. I asked her first, “what do you like most about homecoming week? Mrs.Hundley said, “I like the student spirit and the participation, like when students participate and get excited for the days.” I then asked her, “what do you least like about homecoming week” “I don't like that the snow messed it all up.” Quoted Mrs.Hundley. Most teachers weren't happy about the snow, I bet students were too because they didn't get to dress up

Overall, most people were upset about not getting to have a homecoming week this year, or just the homecoming dance in general. Also, people seem to be really upset about not doing the togas or dressing up in general. Since we didn't have the homecoming dress-up week this year due to weather since basketball sectionals are coming up, we are having dress-up days for that. So some people will be happy about that since they are upset about not getting to have the dress-up days, and not enjoy the school spirit, maybe they will be able to for the basketball sectionals.